Arrive at Sofia airport, meet your French speaking guide and head towards the city center of the Bulgarian capital, Sofia. Drop your bags at the hotel and wander freely around town.

Dinner and overnight in Sofia. 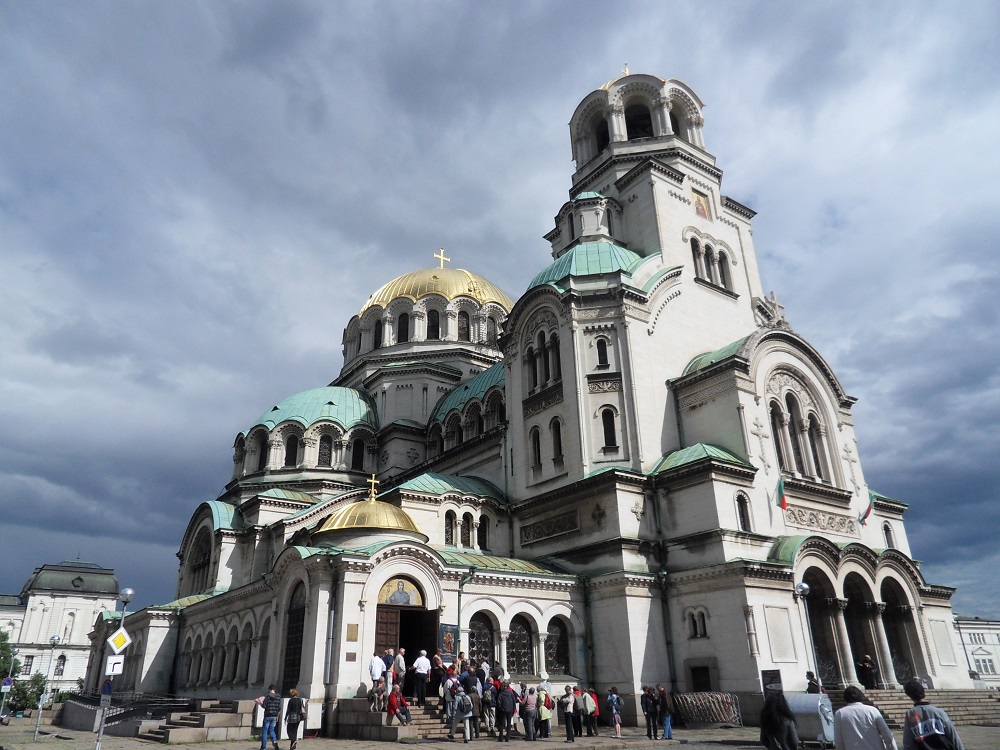 After breakfast, leave for the largest and most famous monastery in the Balkans, the Rila Monastery. The most visited tourist site in Bulgaria, the Rila Monastery is a UNESCO World Heritage Site. The monastery was founded by St. John of Rila in 930. Its arcades, columns, paneling and paintings are of exceptional beauty. The Church of the Dormition of the Virgin is considered the best decorated with frescoes in Bulgaria. Its carved wooden iconostasis is unique in its kind.

Lunch in the vicinity of the Monastery.

Then leave for Bansko. city ​​at the foot of the Pirin National Park (UNESCO World Heritage Site). Bansko is the newest and most dynamic winter sports resort in Bulgaria, which holds the snow record in terms of both quantity and duration, since it is possible to ski from December 15th to May 15th.

Visit the city of Bansko which is representative of the rural landscape of the 18th and 19th century. Its fortified houses, unique in their kind are the witness of the independent character of its former inhabitants.

Dinner with the possibility of being accompanied for a Bulgarian folk group. Overnight in Bansko. 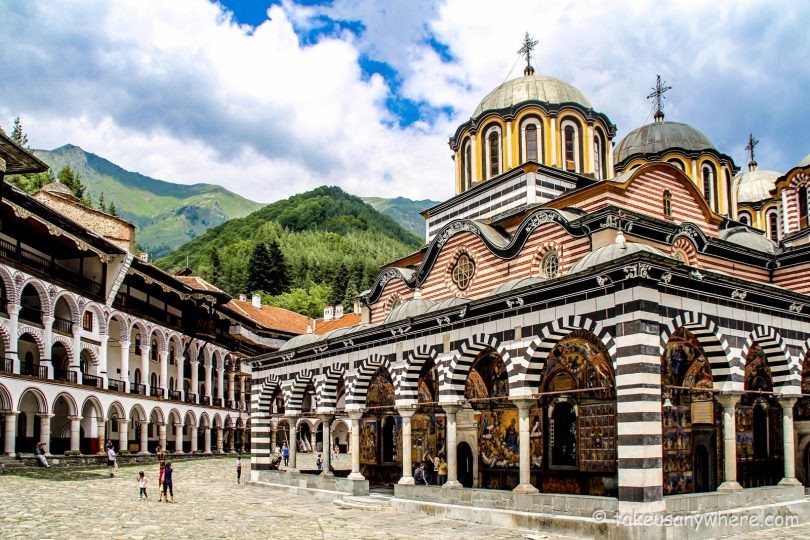 After breakfast, go to an ancient city: Plovdiv, located in the Thracian plain, Plovdiv was elected European Capital of Culture in 2019. Guided tour of Plovdiv where you will pass in the central pedestrian street of Prince Alexander of Battenberg and admire splendid Neobaro facades. Visit the Church of Saints Constantine and Helen. In the Old Town you will also discover the ancient theater that dates from the 2nd century BC. Lunch in Plovdiv.

Continue the visit in the afternoon and browse the remains of the Thracian civilization mingle with Roman monuments, while the old Turkish mosques add an oriental scent to a city where successive and sometimes antagonistic civilizations have combined what they had the best to give Plovdiv his original personality.

Dinner and overnight in Plovdiv. 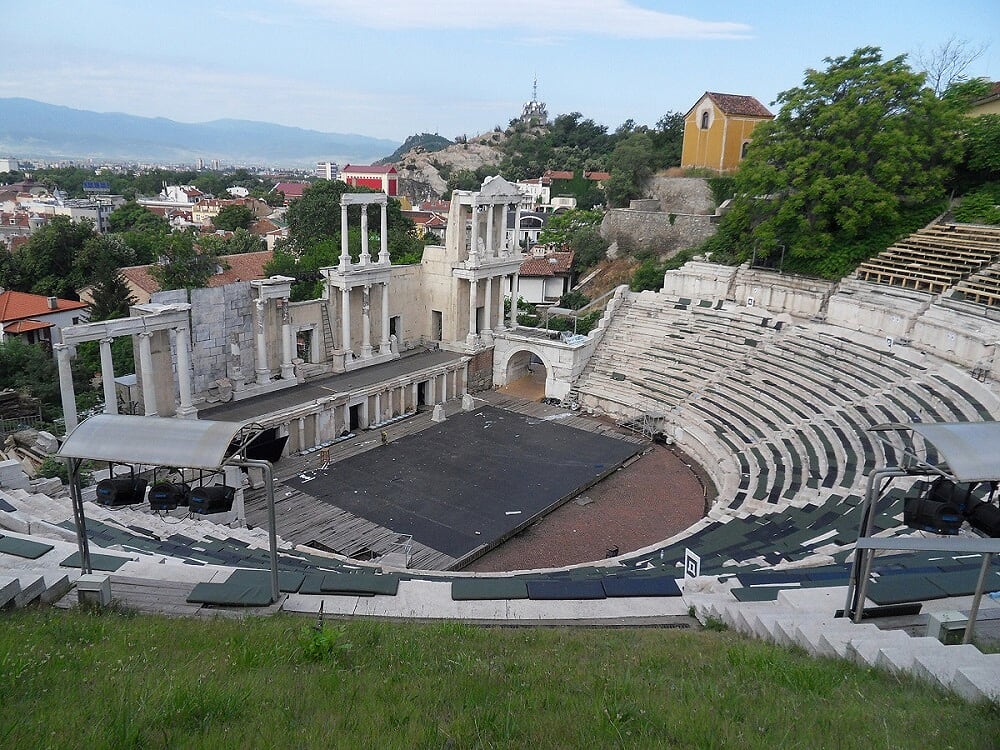 After breakfast, you will return to the land to visit the Valley of the Thracian kings, the strongest civilization of its time that dominated much of Europe well before the Romans.

Join Kazanlak and visit the tomb of a king of this Thrace civilization, a UNESCO World Heritage Site, and admire their funerary art.

Then you cross the beautiful Central Balkan Massif to reach the village - museum Etara. Comprising all the elements of a Bulgarian village from the second half of the 18th century - first half of the 19th century - the houses, craftsmen's shops, the small river, the bridges, the tower to the clock, the church, the Batch and Inn offer a unique visitor experience. There are transmitted the way of life and customs of the region of Gabrovo.

You will have the opportunity to observe many master craftsmen practicing traditional Bulgarian trades. The crafts represented are weaving, the work of wool (sheep or goat), the production of copper utensils, cutlery, the production of bells, woodworking. Lunch in Kazanlak. Take the road again and join the important and historic city of Veliko Tarnovo.

Dinner and overnight in Veliko Tarnovo. 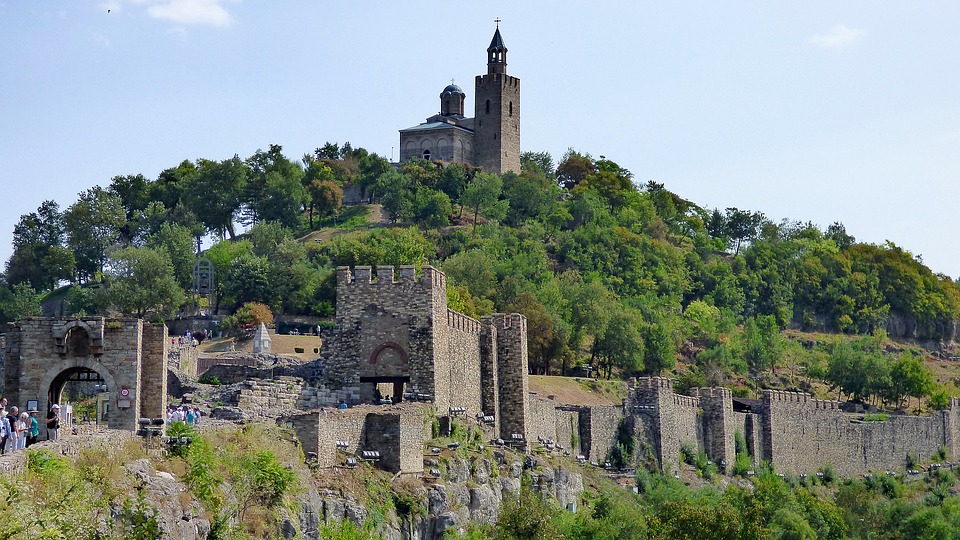 After breakfast, guided tour of Veliko Tarnovo, capital of the Second Bulgarian Empire between the 12th and 14th century which was considered the most beautiful city of the Balkans after Constantinople.

The richness of its history, the natural beauty of the site and its houses hanging over the Yantra River create an idyllic setting in this historic city. Visit the beautiful and well preserved citadel of Tsarevets, which preserves the memory of the glorious epic that made the Assenids one of the most brilliant dynasties in Europe. Watch the church of forty Martyrs including many relics.

Continue for Arbanassi located on a plateau from which you can see the mounds of Tsarevets and Trapezitsa, 4 kilometers from Veliko Tarnovo. Visit a listed city museum, with its beautiful old mansions of imposing architecture and churches decorated with murals of the highest artistic value.

Visit the house of Konstantsaliev, named after the family who owned it and had it built about 400 years ago and the Church of the Nativity is one of the great sights of Arbanassi with its two thousand scenes that were painted on its walls and has been estimated at 3500 the number of characters that are figured. Then take the vault for Lovetch and drop your luggage in your hotel. Dinner in a historic downtown restaurant, walking tour of Varocha, the old district of Lovech and the unmissable covered bridge, the work of the most famous Bulgarian master builder Koliou Fitcheto. * 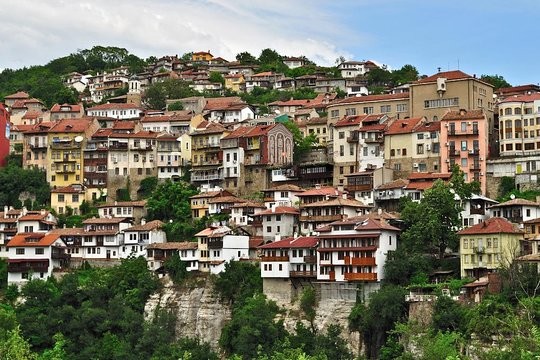 After breakfast, take the direction of the North Slope of the Central Balkan to reach the village of Orechaka where the Troyan Monastery is located. Visit the Troyan monastery, the third largest in the country and dedicated to the Holy Mary where you will admire the famous icon of the Holy Mary with three hands.

Go south to arrive at the colorful village of Koprivshtitsa, from where the Great Revolution of April 1876 took place for the liberation of the Ottoman yoke. Preserved in its authentic appearance, nestled in the mountains, it is a page in Bulgarian history that deserves to be told. Most houses made of wood are painted in bright colors and give a unique touch to this place of rest.

You will visit the museum houses Kablechkova and Lutova which retrace the great history of this small village.

Dinner and overnight in Koprivshtitsa. 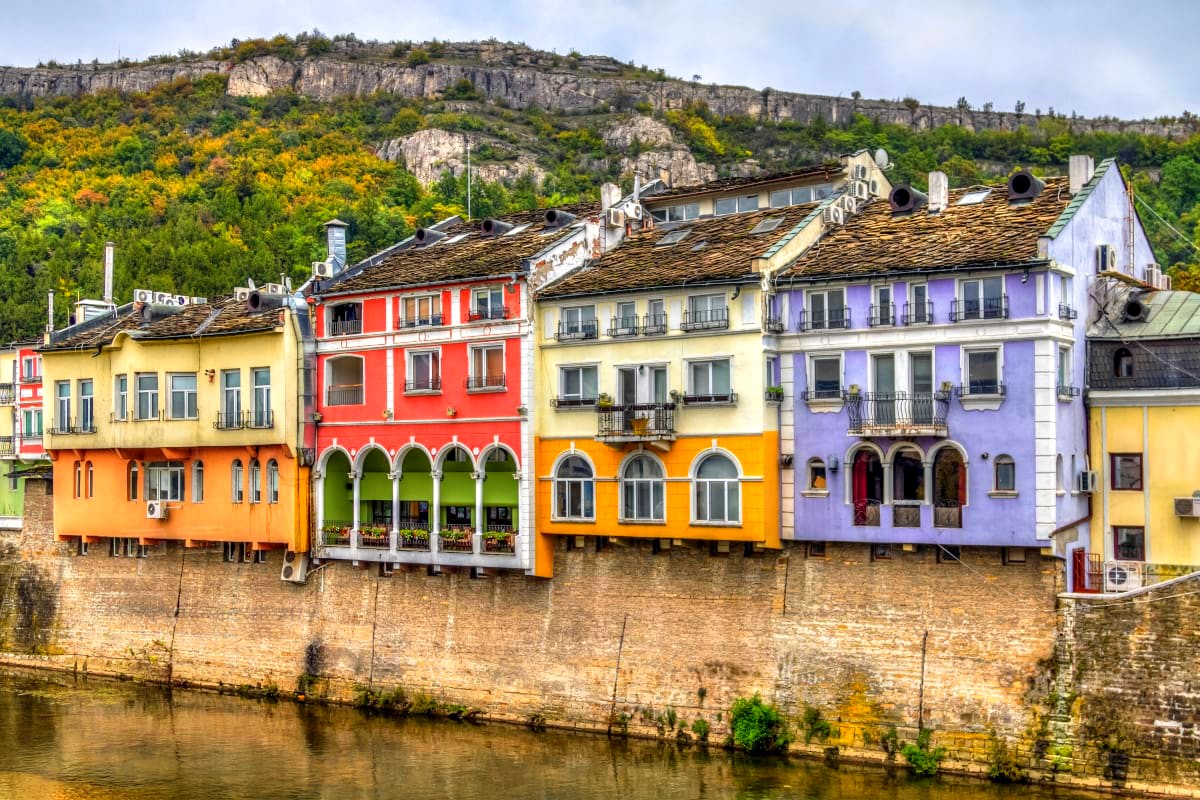 You will have the opportunity to discover among others the Orthodox Cathedral St. Alexander Nevsky Cathedral, Petka Selliers, the Parliament, the Banya Bashi Mosque built in 1576. Lunch in Sofia.

Afternoon free to stroll through the city or go shopping before your last night in Bulgaria.

Dinner and overnight in Sofia. 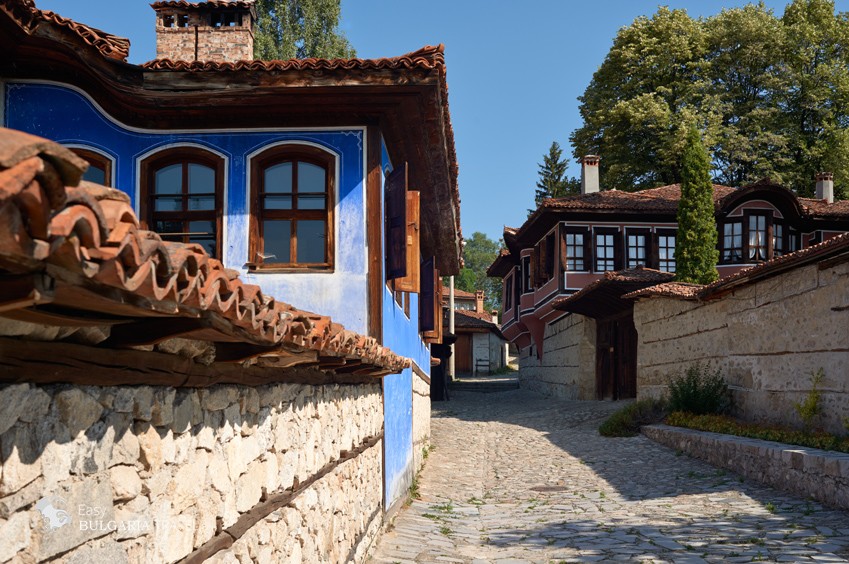 After your breakfast, free time until your transfer to the airport for your return flight.

Departures every Tuesday and Thursday

South-east of Europe, bordered on the east by the Black Sea, Bulgaria is appreciated by tourists for its seaside resorts, including the festive Varna, including Albena, Sunny Beach and Golden Sands. It also attracts lovers of hiking for its natural environment, lakes, forests and mountains combined