Arrival at Skopje airport, meet your French speaking guide then head to the city center of the North Macedonia Capital. Drop your bags in your hotel.

City destroyed by an earthquake in 1963 which was able to rebuild completely and offer a unique experience. You will enjoy a separate city between two cultures and two different lifestyles between the Albanians of Macedonia with its old Ottoman bazaar "Čaršija" and the Macedonians with the "new city". Stroll through its new city center to discover its stone bridge "Kameni Most" that separates the city into two parts.

Embark on a boat through the canyon to discover the Vrelo Caves, which are considered among the deepest underwater caves in the world. Lunch in Matka

Leave for the Mavrovo National Park. On the road you will make a stop in Tetovo to discover its painted Mosque Sarena Dzamija dating from the fifteenth century. Painted both indoors and outdoors, it is one of the most beautiful mosques in Macedonia.

Arrival in the Mavrovo National Park and enjoy sumptuous landscapes through, the Mavroro Lake and the Radika Canyon. You will stop at the Monastery of Saint Jovan Bigorski, located on the heights of the canyon, which represents one of the most beautiful monasteries of Macedonia

Then continue to the picturesque village of Janche, in which a resident of the village has invested in the construction of houses using the materials of the time.

Traditional dinner to discover the Macedonian gastronomy. Overnight stay in charming traditional houses in Janche or in the village hotel.

After breakfast, you will join a French expatriate for a morning yoga session on the heights of the village.

Return to Janche in the afternoon and transfer to Skopje for your last night in North Macedonia. 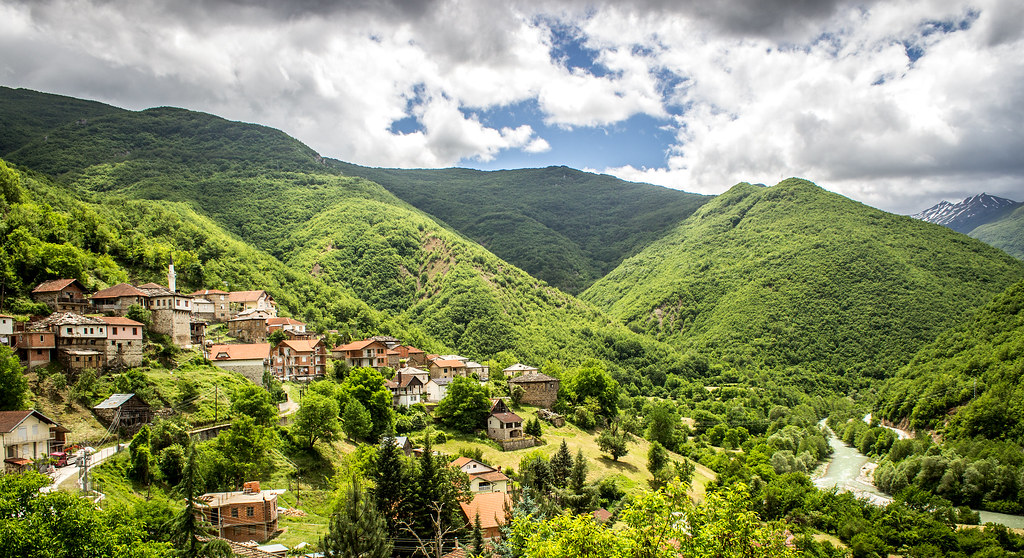 After breakfast, and according to the flight time, guided tour of Skopje with the possibility to reach the fortress "Tvrdina Kale" with a beautiful view of the capital of North Macedonia.

Transfer to Skopje airport for your return flight.

Its landscapes and wild nature where hikers and outdoor enthusiasts find something to satisfy their passion, among the mountains, the many lakes, rivers and forests.

Family Trip in the Balkans

The Jewels of Albania