The Jewels of Albania

Meet our guide on your arrival at Tirana International Airport and leave for the city center of the Albanian capital. Tirana is a city in constant evolution. Formerly dull and gray, the city has experienced an international boom post-communism, becoming a lively metropolis, colorful and very lively thanks to its unique atmosphere. Fascinating, Tirana represents both the past and the future of Albania.

Dinner and overnight in Tirana. 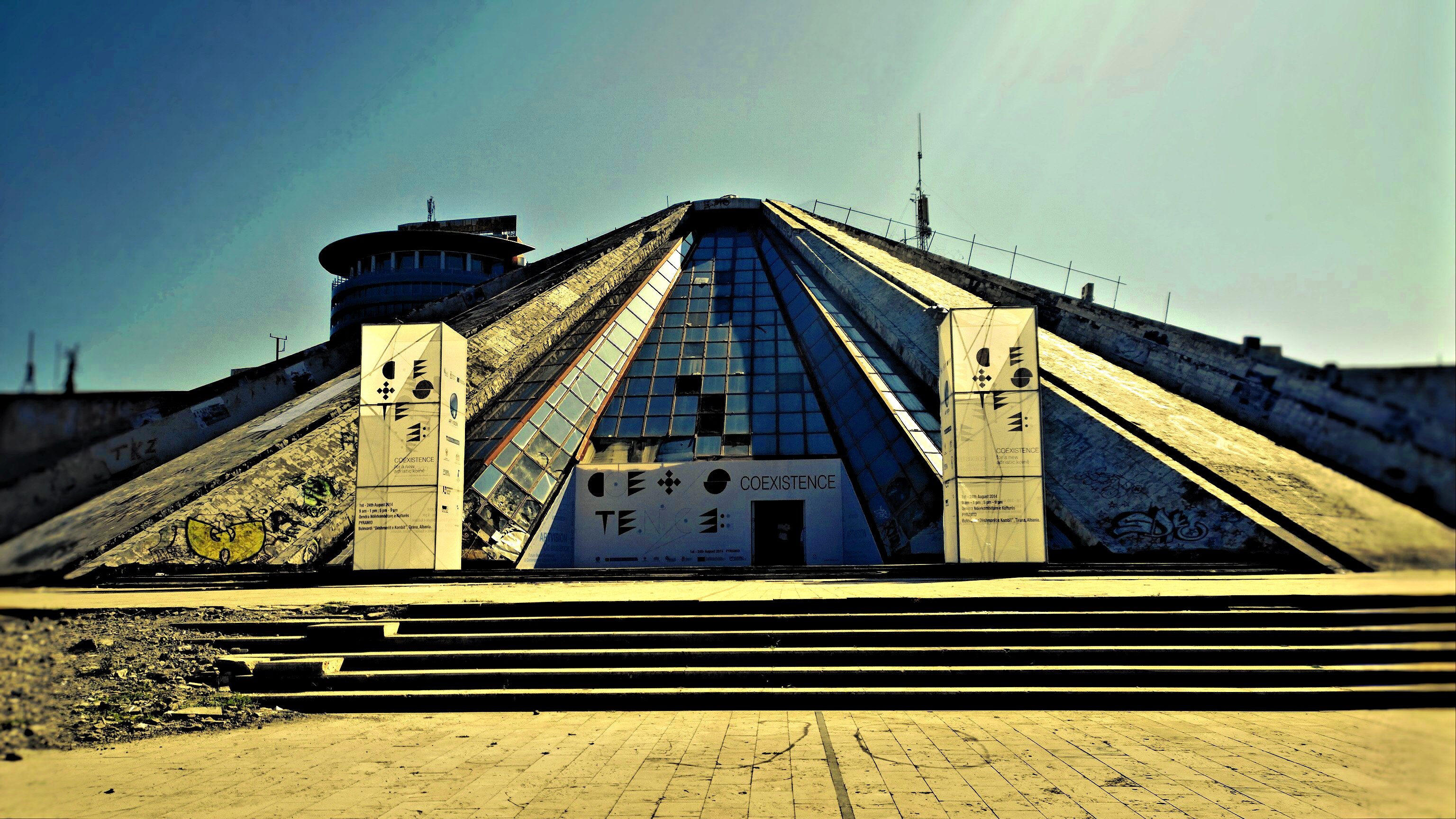 After breakfast, leave for the historic city of Albania - Kruje. Start a guided tour of one of Europe's oldest cities. Visit of the city with its old bazaar and the medieval fortress of Skanderbeg. Compared to Alexander the Great, Skanderbeg is a true hero in the Balkans for having been the first to unite the Albanians and resisted the invasion of the Ottoman Empire.

You will then go to the most famous restaurant in Albania "Mrizi i Zanave". Lost in the middle of a postcard landscape, you will enjoy a lunch in an ecological restaurant where all the products consumed come from the restaurant and local families located nearby.

Arrival in Shkodra and visit the largest city in northern Albania and the country's former cultural and economic center, which has witnessed numerous wartime events. Located on the east side of Shkodra Lake.

Return to Tirana at the end of the day. Dinner and overnight in Tirana. 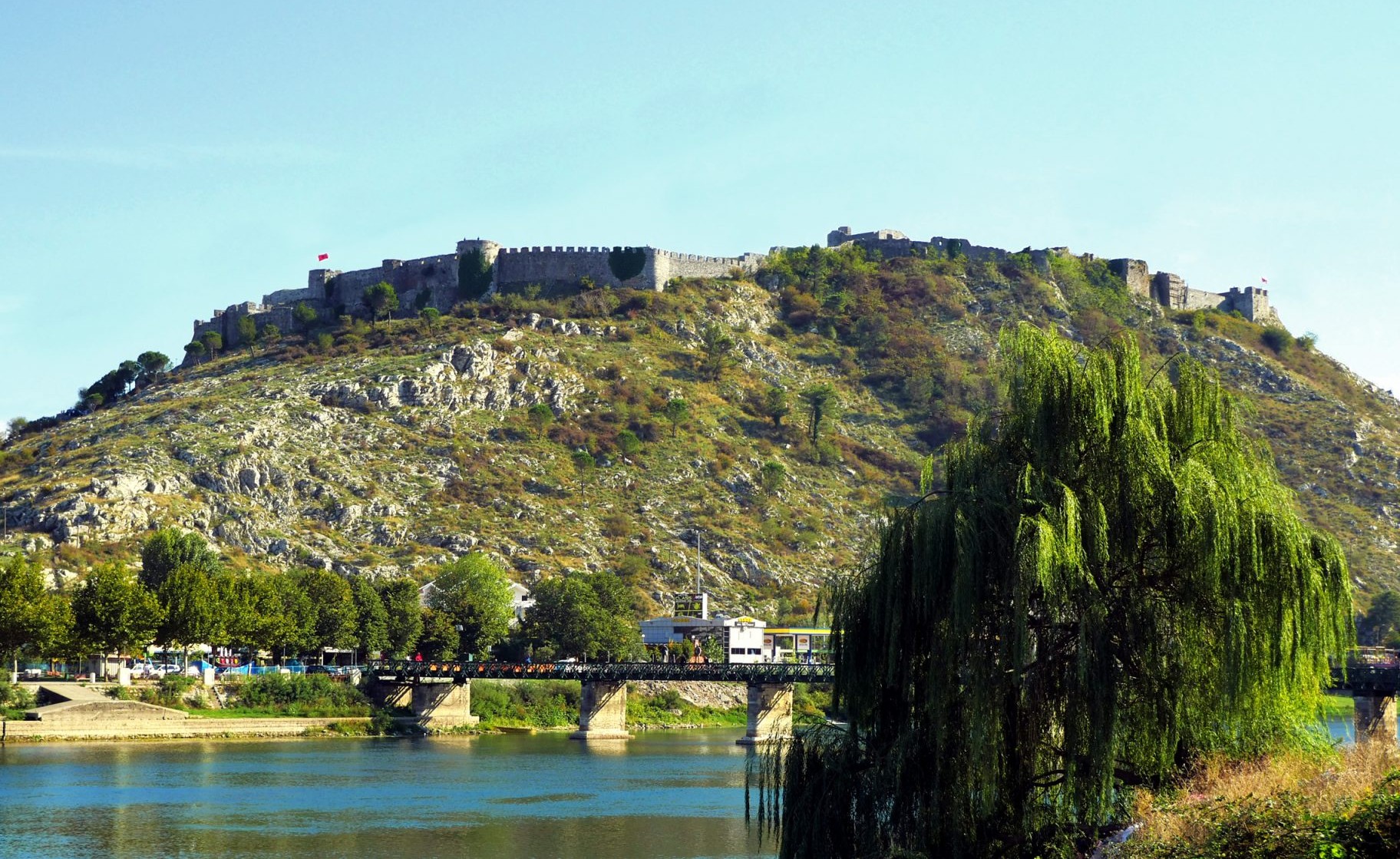 After breakfast, leave for southern Albania and make a short stop at the Karavasta Lagoon in Divjakë, Albania's largest lagoon with a high concentration of flora and fauna. Possibility to go up a panoramic tower to enjoy a splendid view of the lagoon.

Take the road again and stop in the Monastery of Ardenica. Built in the 13th century, it is one of the most beautiful Orthodox monuments in Albania.

Lunch at a seafood Restaurant.

After lunch, you will visit Apollonia of Yllirie, ruin of the ancient largest ancient Greek city of Albania founded in 625 BC.

Then you will reach the port city of Vlora and discover the island of Zvërnec, a small island located on a lagoon of 9 hectares and accessible only by a pontoon and visit its monastery dating from the fourteenth century.

Dinner and overnight in Vlora.

After breakfast, you will drive to Dhermi. On the way make a stop in the Llogora National Park through sumptuous mountain scenery.

Arrival in Dhermi, charming little seaside resort. Deposit your luggage in your hotel

Lunch by the sea then join the beaches of Dhermi.

Embark on a boat to discover the wonders of the Adriatic Sea. You will discover the beautiful bay of Gramma and the blue cellars.

Free time when you return to the beach or the hotel pool.

Dinner and overnight in Dhermi. 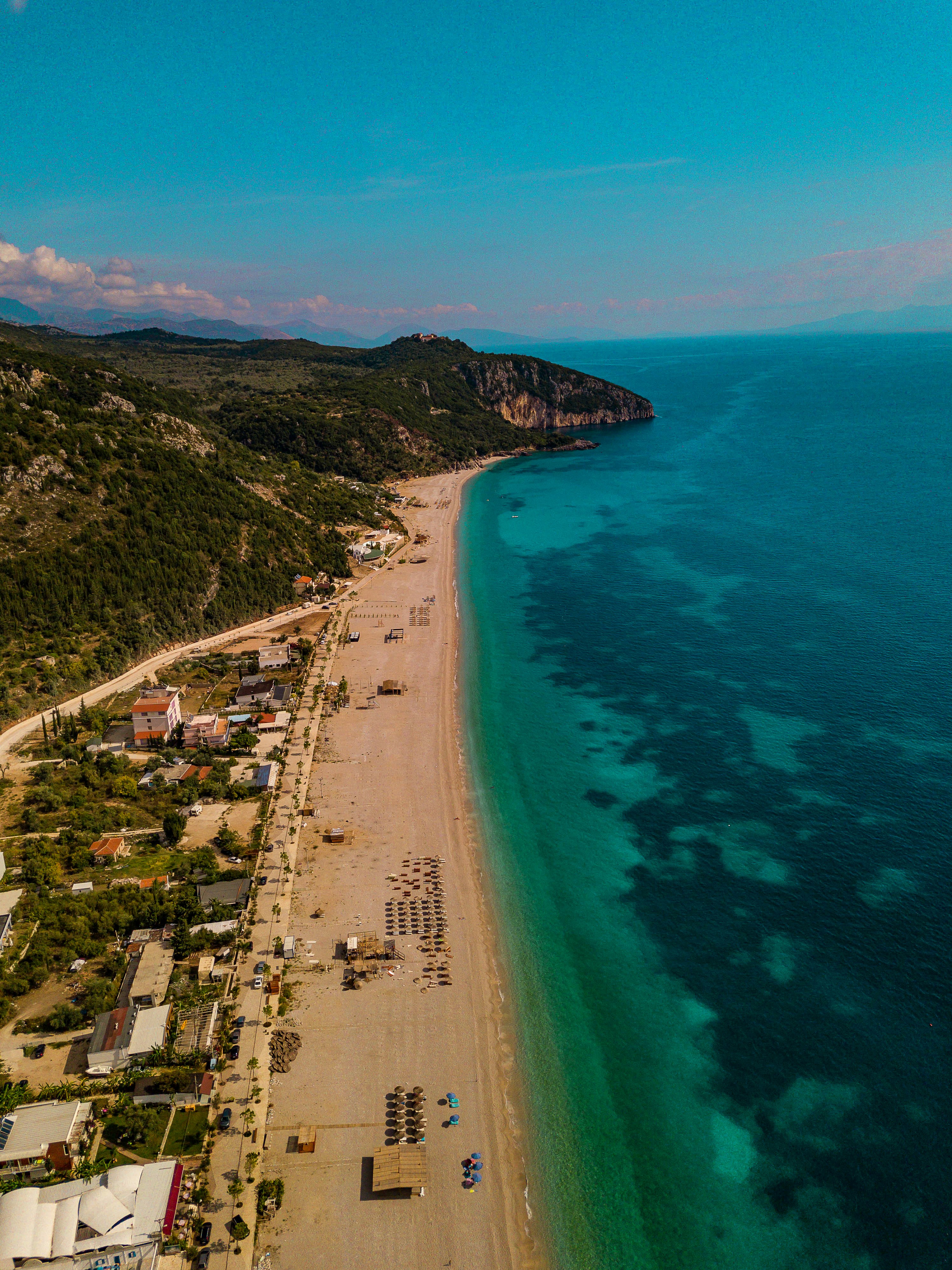 After breakfast, continue to the south of Albania and stop in Ali Pasha Castle. Famous governor of the region on behalf of the Ottoman Empire often compared to Napoleon for his strategies and military alliances.

Pass Saranda and then join a restaurant, mussel farmer on the edge of Lake Butrint for lunch in a paradise..

Take the road to Saranda and make a stop at Ksamil, a small seaside resort where you can relax on its beautiful beaches then join Saranda, the biggest seaside resort of Albania and drop your luggage at the hotel.

At the end of the day, enjoy a traditional dinner accompanied by Albanian dances and music in a castle on the heights of Saranda (subject to availability). 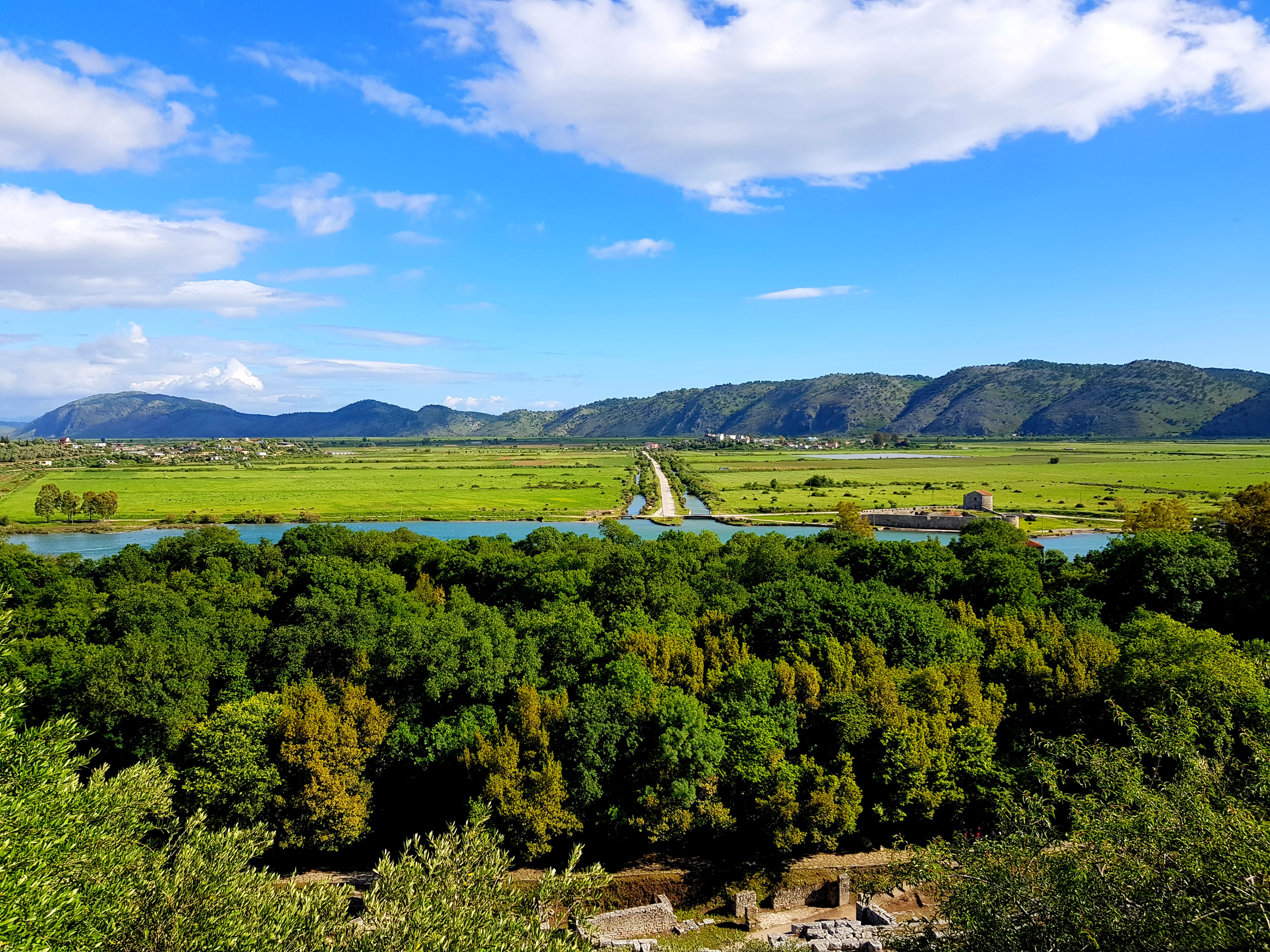 After breakfast, leave for Gjirokastra. Rare example of a city with an architectural style typical of the Ottoman period.

On the road, make a stop at the source of water of the "blue eye" or (syri i kaltër in Albanian) and re-energize yourself in this magnificent landscape of postcard (visit which can be suppressed according to the season).

Continue to Gjirokastra and have lunch in the city center.

Arrival in Gjirokastra and start a guided tour of the city. Admire the architecture of a series of 17th-century "remarkable" two-story houses, a site that gives the impression of a thousand-window painting. Visit the Citadel of Gjirokastra overlooking the city. You will also visit the Skenduli house, a typical Ottoman house dating back to the 18th century.

Dinner in Gjirokastra with the possibility of being accompanied by an Albanian polyphonic singing troupe. Overnight in Gjirokastra. 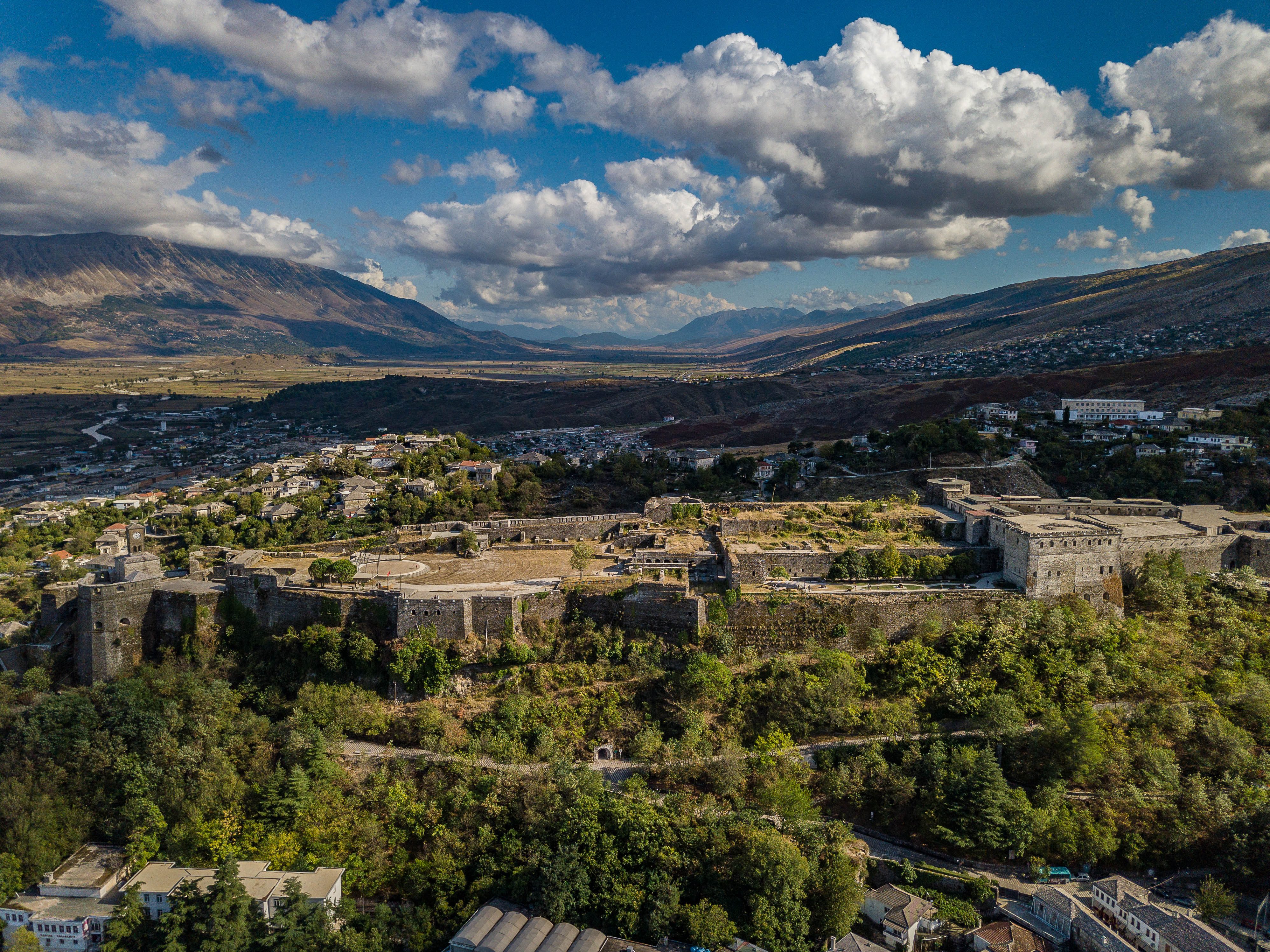 After breakfast, leave for Berat. Another example of a city with an architectural style typical of the Ottoman period. Visit of a city characterized by the coexistence of different religious and cultural communities over the centuries

On the way meet in a family vineyard for a wine tasting in the cellar "Çobo Winery" and discover the wine heritage of Albania.

Panoramic visit of Berat and rendezvous on the heights of the city to visit its fortress "Kala" built in the thirteenth century and listed as a UNESCO World Heritage.

Visit the Onufri iconographic museum consisting of a collection of objects belonging to Albanian churches and monasteries whose paintings of the iconographer painters date from the sixteenth to the twentieth century. Then leave for Tirana for your last night in Albania.

Dinner at a slow food restaurant in Tirana and overnight in Tirana. 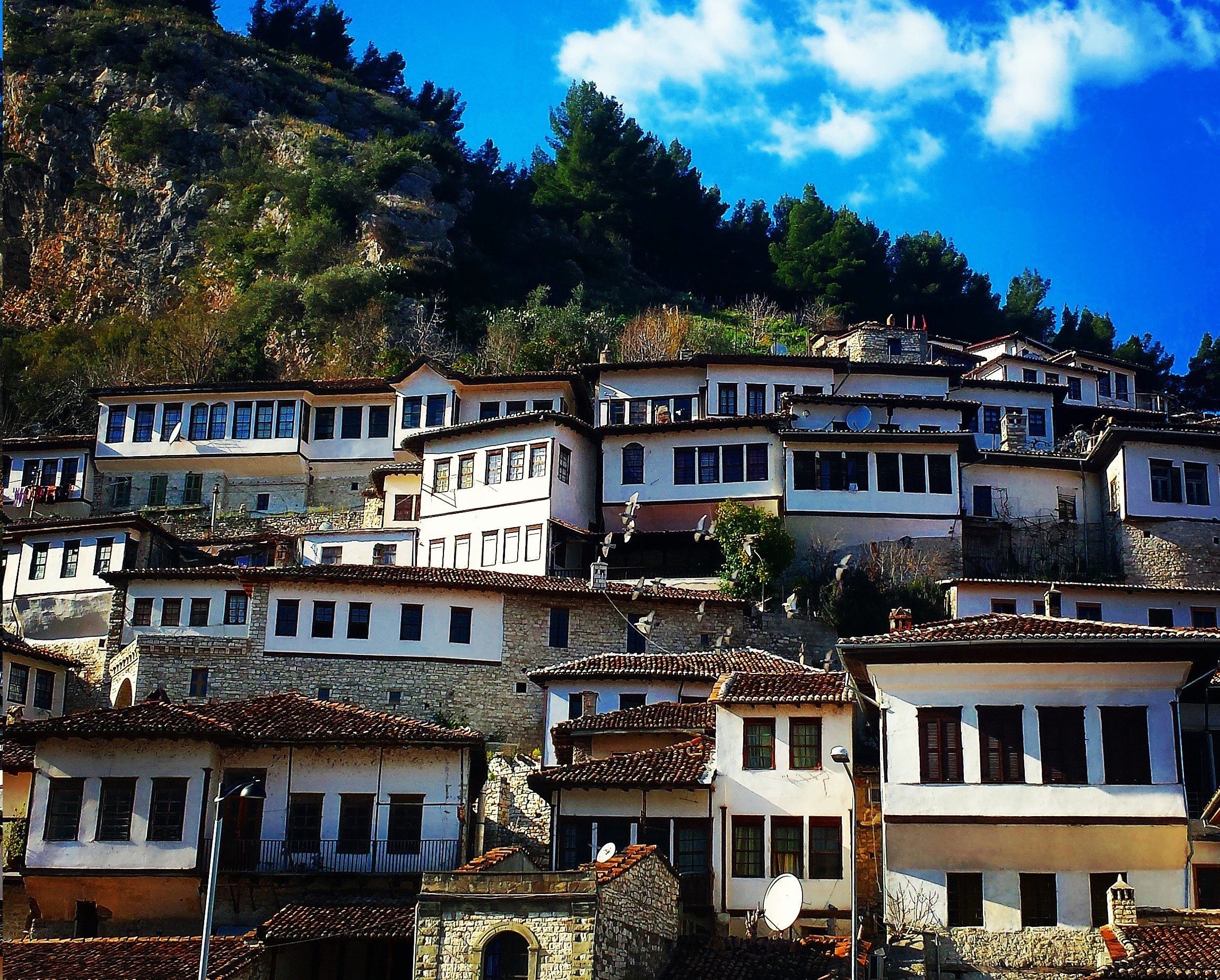 Albania is undoubtedly the most unknown jewel of the Adriatic. Today's visitors are pioneers because tourism is still relatively confidential. Located on strategic routes connecting the West and the East, Albania has been since ancient times the heart of the greed of the great Mediterranean powers who have left their mark.