Arrival at Skopje airport, meet your english speaking guide and then head to the Northern Macedonia Capital. Dinner and overnight in Skopje. 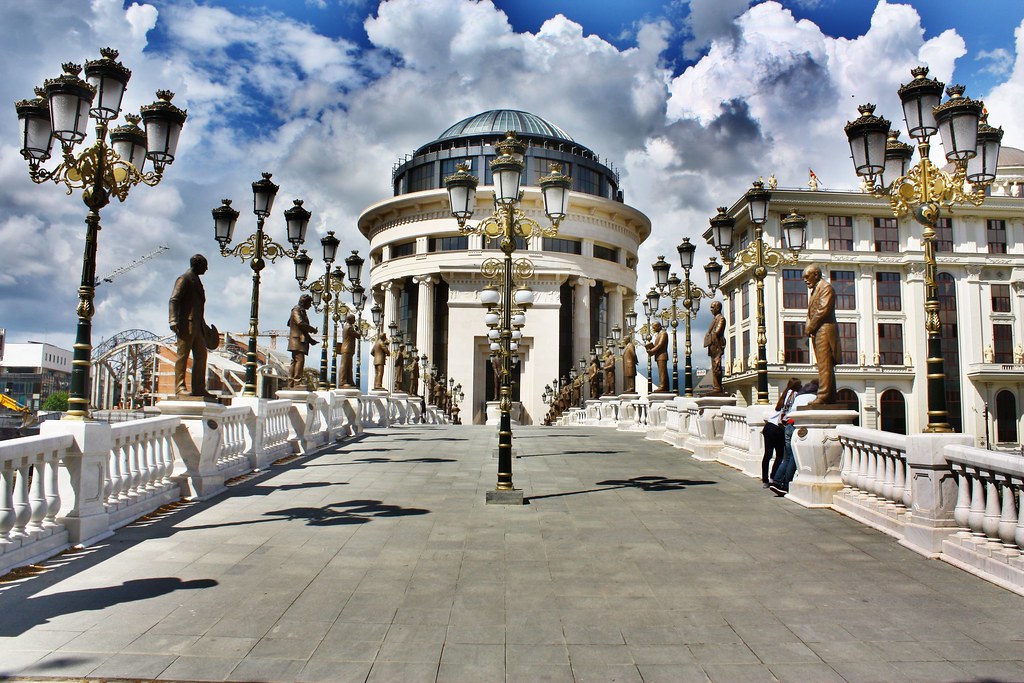 Breakfast at your hotel then start a visit to a city destroyed by an earthquake in 1963 that has completely rebuilt itself and offer a unique experience. You will enjoy a separate city between two cultures and two different lifestyles between the Albanians of Macedonia with its old Ottoman bazaar "Čaršija" and the Macedonians with the "new city". Stroll through its new city center to discover its famous fortress "Tvrdina Kale" and its stone bridge "Kameni Most" that divides the city into two parts.

You will then arrive at Matka Canyon, a must-see place in Macedonia. Embark on a boat through the canyon to discover the Vrelo Caves, which are considered among the deepest underwater caves in the world.

Return to Skopje at the end of the day. Dinner and overnight in Skopje. 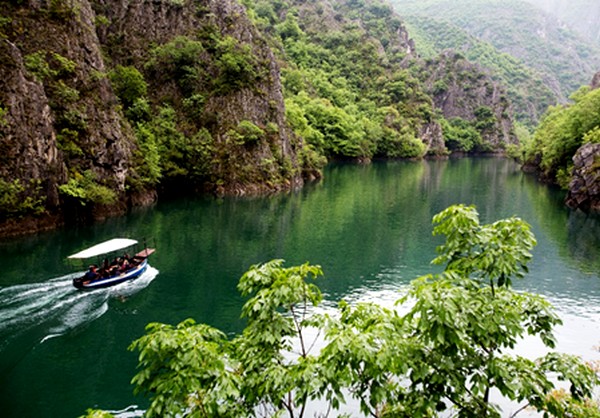 After breakfast leave for the Mavrovo National Park. On the way to Ohrid you will make a stop at Tetovo to discover its 15th century painted Mosque of Sarena Dzamija. Painted both indoors and outdoors, it is one of the most beautiful mosques in Macedonia.

Arrival in the Mavrovo National Park and enjoy sumptuous landscapes through, the Mavroro Lake and the Radika Canyon. You will stop at the Monastery of Saint Jovan Bigorski, located on the heights of the canyon, which represents one of the most beautiful monasteries in Macedonia.

Two possibilities for lunch (depending on the size of the group) Option 1: You will make a stop in the small village of Janche, in which a resident of the village has invested in the construction of houses using the materials of the time, you will have lunch in his restaurant. Option 2: Lunch at Saint Jovan Bigorski's restaurant. After lunch, you will head to the waterfall of Duf for a small hike of about twenty minutes.

Then take the road towards Ohrid, the Cradle of Orthodoxy. A UNESCO World Heritage City and a sublime lakeside city, which for many represents the culmination of the Macedonian experience, a Kingdom of light and water and a reference to the ancient ruins of traditional kingdom of Macedonia.

Discover its historical heritage, well preserved as the church of St Jovan or the ancient theater dating from the Roman Empire.

Dinner and overnight in Ohrid.

After breakfast, embark on a boat to discover the wonders of Lake Ohrid.

Visit the Bay of Bones Museum, an authentic reconstruction of part of a colony, dating from 1200 to 700 BC.

Visit the Saint Naum Monastery. In the middle of lush greenery, the monastery of St. Naum. Built in the tenth century is a refuge of tranquility on the border between Albania and Macedonia.

You will also visit the church of St. Mary in Zaum only accessible by boat.

Return to Ohrid and free afternoon to enjoy the beaches of Ohrid or stroll through the old town.

Dinner at a restaurant on Lake Ohrid with the possibility of being accompanied by Macedonian folk musicians. 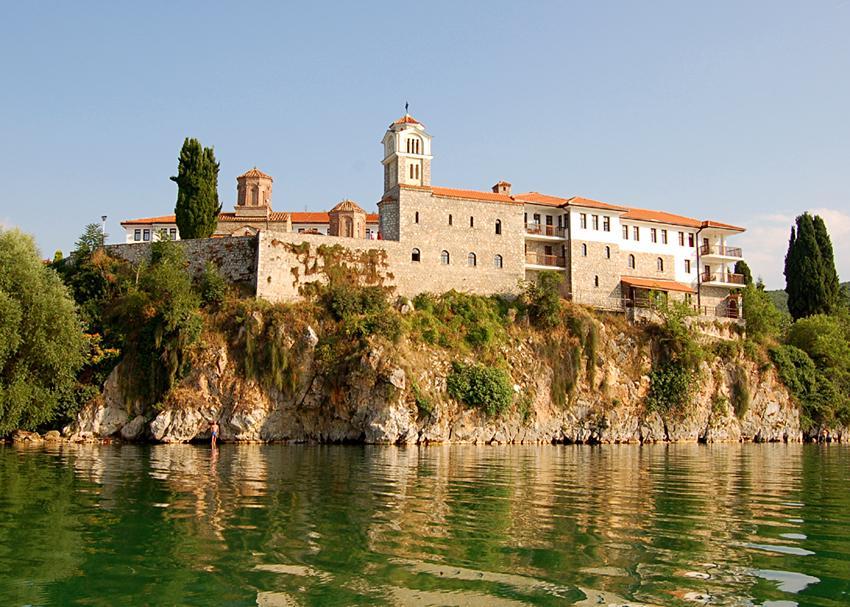 After breakfast, you will reach the village of Vevtchani at the foot of Jablanica Mountain. Village famous for its costume festival celebrating the new year according to the ancient Orthodox calendar which is one of the oldest of all the Balkans, having its origins more than 1400 years ago.

Travel through this small village and walk along a wooden pontoon to enjoy the magnificent Vevtchani water source.

Continue your journey and join the village of Kalichta located at the edge of Lake Ohrid to visit its complex of monasteries of Saint Bogorodica. Visit first the monastery of the nativity-of-the-mother-of-god of Kalista founded in the 14th century. You will then follow the shore of Lake Ohrid to reach the St. Athansa Rock Church located on the cliff facing the lake.

Return to Ohrid in the afternoon and according to the schedule, guided tour of the city of Ohrid with the possibility to go to the fortress of Ohrid offering a magnificent view of the city.

Dinner and overnight in Ohrid.

After breakfast, take the road to Bitola, the second largest city in northern Macedonia. Guided tour of the city of consuls. You discover a Mediterranean-style city with its churches, mosques, old Ottoman bazaar and beautiful neoclassical houses.

Then you will visit the French military cemetery of Bitola where more than 13,000 French soldiers fallen during the First World War are buried.

Continue to reach the Popova Kula vineyard. You will discover the wine culture of a small Macedonian vineyard located on the heights of a hill and offering a magnificent panoramic view of the region. Drop your bags in the hotel.

Visit the vineyard and discover the traditional Macedonian wine production.

Dinner in the vineyard with tasting of several local wines during the meal. 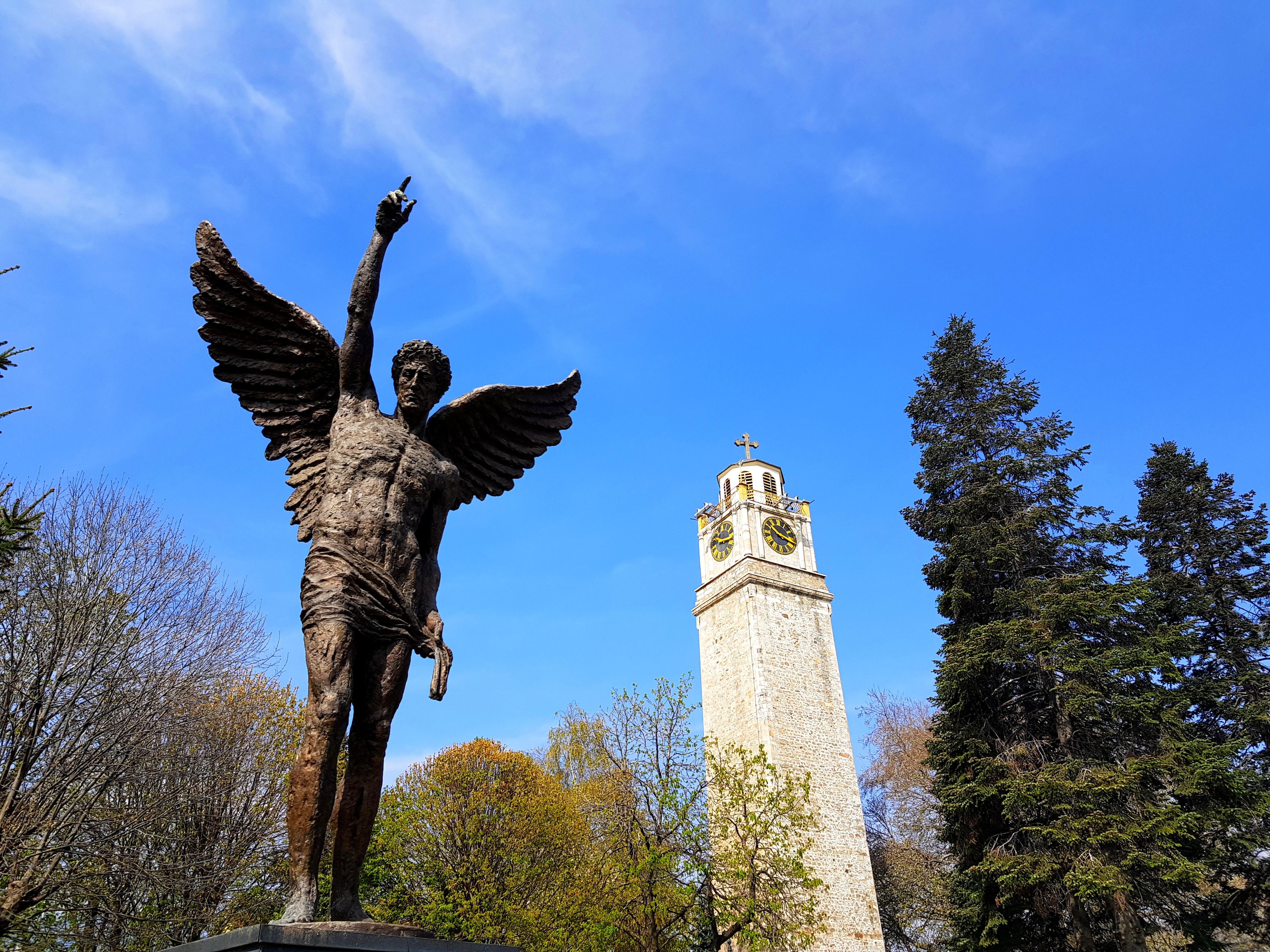 After lunch, head towards Stobi, the largest archaeological site in Macedonia. Discover the ruins of an ancient city established in the 4th century BC. J.-C and learn more about the history of the Romans present in the ancient territory of Macedonia.

Join Skopje late in the morning and drop your bags in your hotel. Afternoon free in Skopje with the possibility of going to the funicular of the city.

Join Mount Vodno and take the cable car to reach the 66-meter-high Millennium Cross atop Mount Vodno commemorating 2000 years of Christianity in Macedonia and around the world. Enjoy a magnificent panoramic view of the city (subject to availability).

Dinner and overnight in Skopje. . 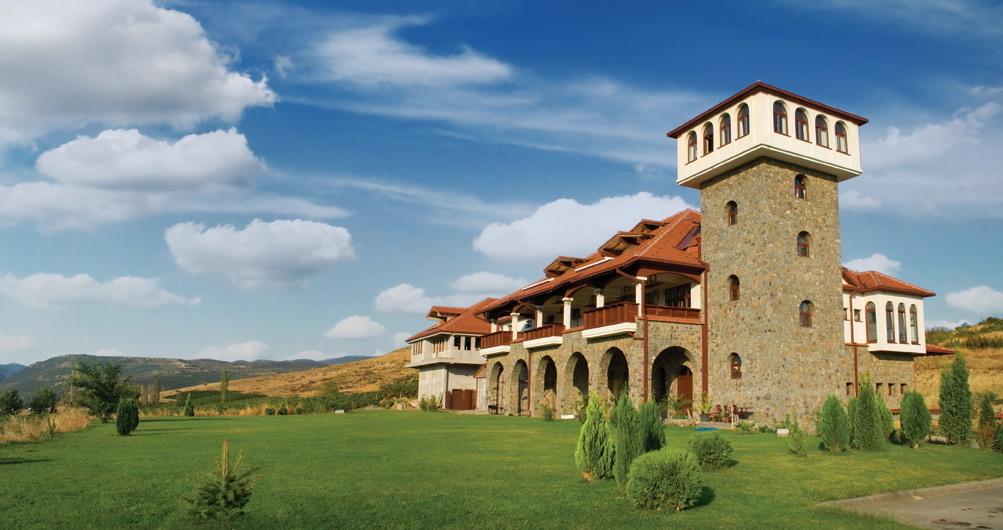 After breakfast, free time until your transfer to Skopje airport for your return flight.

Its landscapes and wild nature where hikers and outdoor enthusiasts find something to satisfy their passion, among the mountains, the many lakes, rivers and forests