Arrival at Sarajevo airport. Reach the city center of the capital of Bosnia and Herzegovina, located on the Miljacka River and surrounded by the Dinaric Alps.

Dinner and overnight in Sarajevo

Go towards Travnik. You will visit the fortress, its Maculja tombstones typical of the medieval period. You will also visit the home of famous Nobel Prize winner, writer Ivo Andric, where you can discover his collection of books and art. 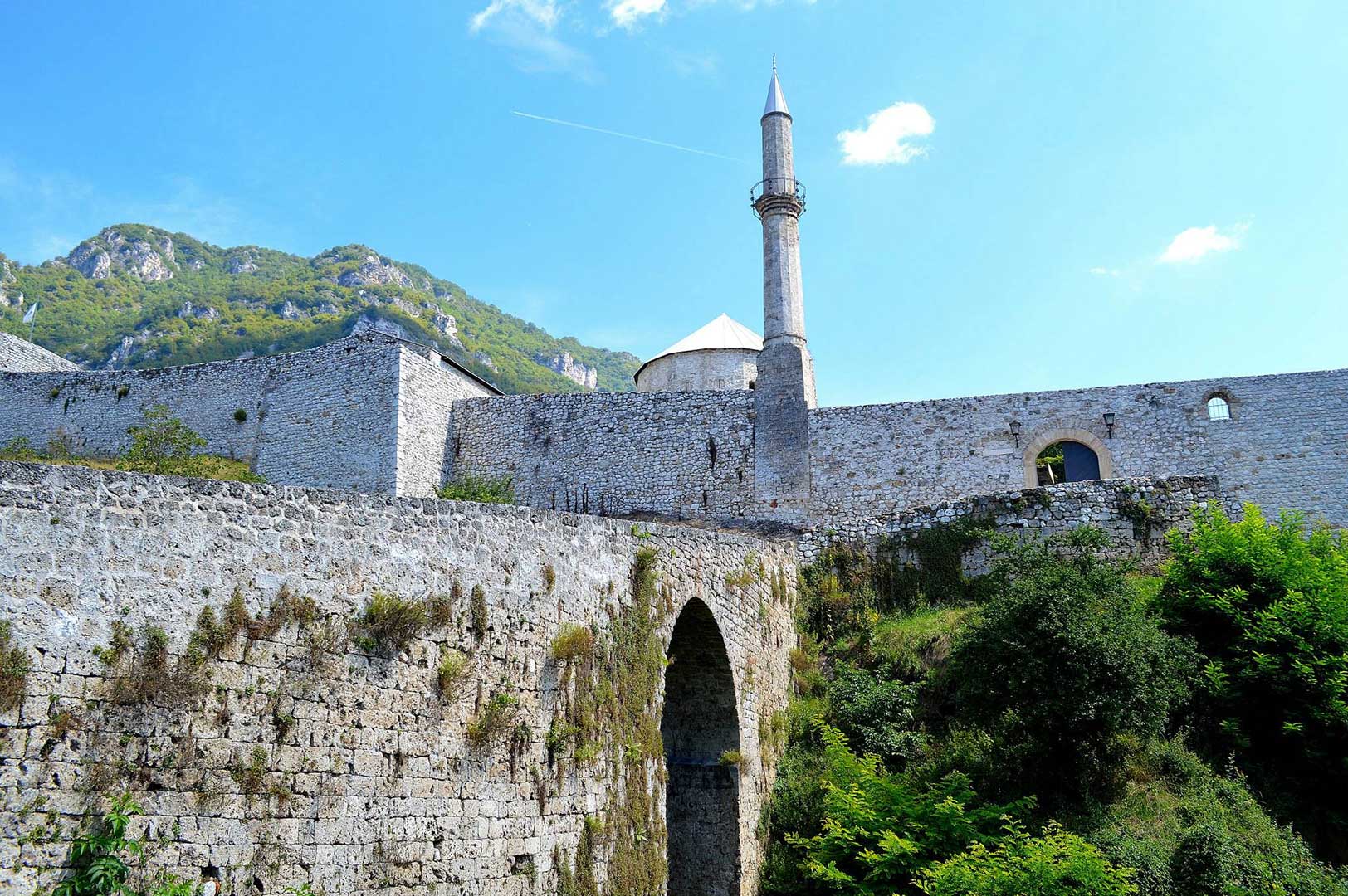 Explore the infamous Sarajevo Tunnel, a tunnel dug under Sarajevo Airport during the siege of the city during the 1990 war. It represents the symbol of the city's salvation. After lunch, continue your drive to Mostar.

On arrival, you will settle in your hotel for 3 nights. Free time 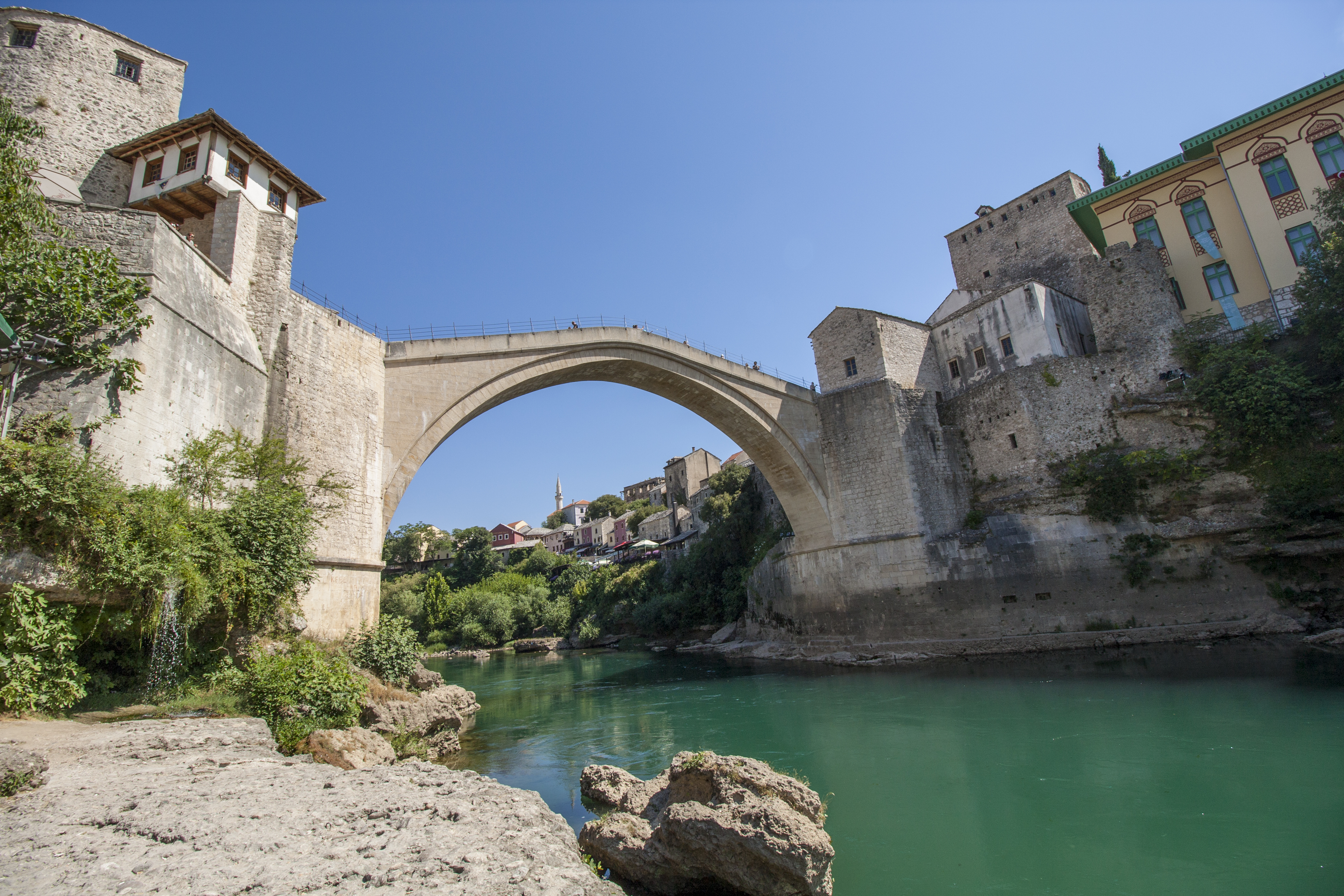 Start a panoramic tour of Mostar. Visit the old town, the Kujundziluk bazaar, the inevitable twisted bridge "Kriva Cuprija" - symbol of the city rebuilt in the 16th century in Stari Most. Free time to explore the city. You will then head towards the village of Blagaj where the Buna river takes its source. The natural and architectural ensemble of the village is inscribed on the list of national monuments of Bosnia and Herzegovina. 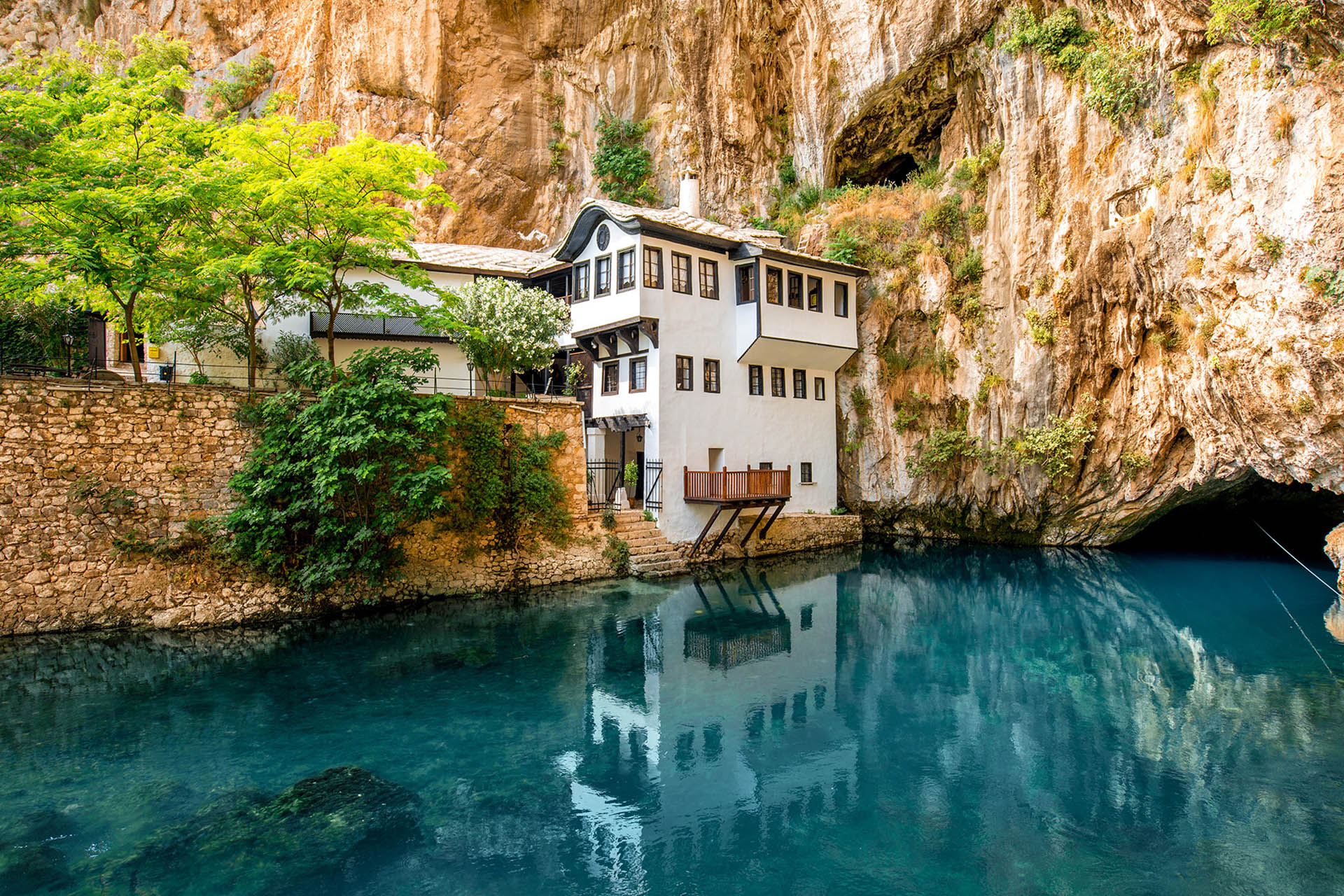 Start a day trip to the most beautiful corners of Herzegovina. First, head towards Pocitelj, the town of stones as the writer Ivo Andric called it. This village, a former strategic point during the Ottoman conquest in the 15th century, is also inscribed on the list of national monuments of the country.

You will notably discover the fortress built in 1444, the Sisman Ibrahim Pasha mosque and the clock tower. You will then head to the Kravice waterfalls. A fantastic natural phenomenon that strongly resembles a small Niagara. You will end your day with a visit to Medugorje. This city stood out in 1981 when a group of young people saw Marie de Nazareth appear. Since then, Medugorje has been an internationally famous place of pilgrimage. 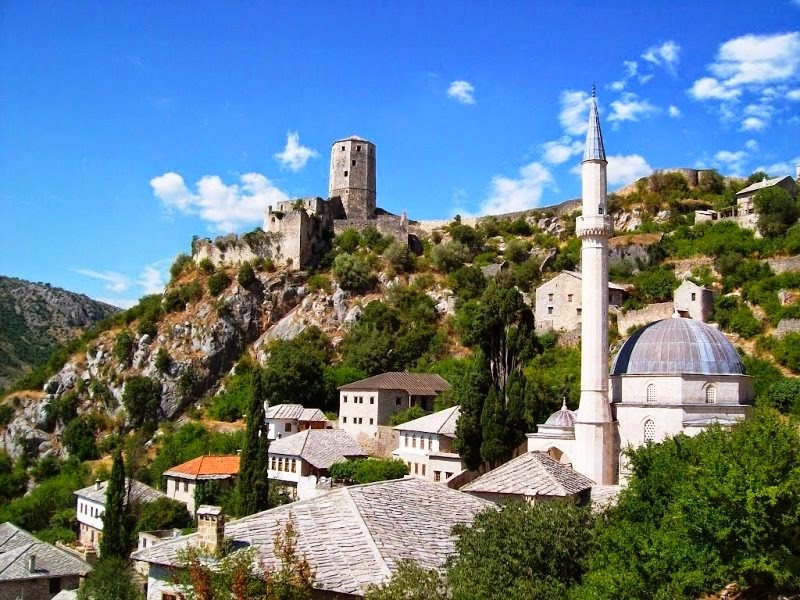 Go on a rafting day on the Neretva River. You will have the chance to discover the mountainous landscapes of Bosnia on your way through Lake Boracko. You will go rafting with your guides for a 5-hour descent to the village of Spiljani. 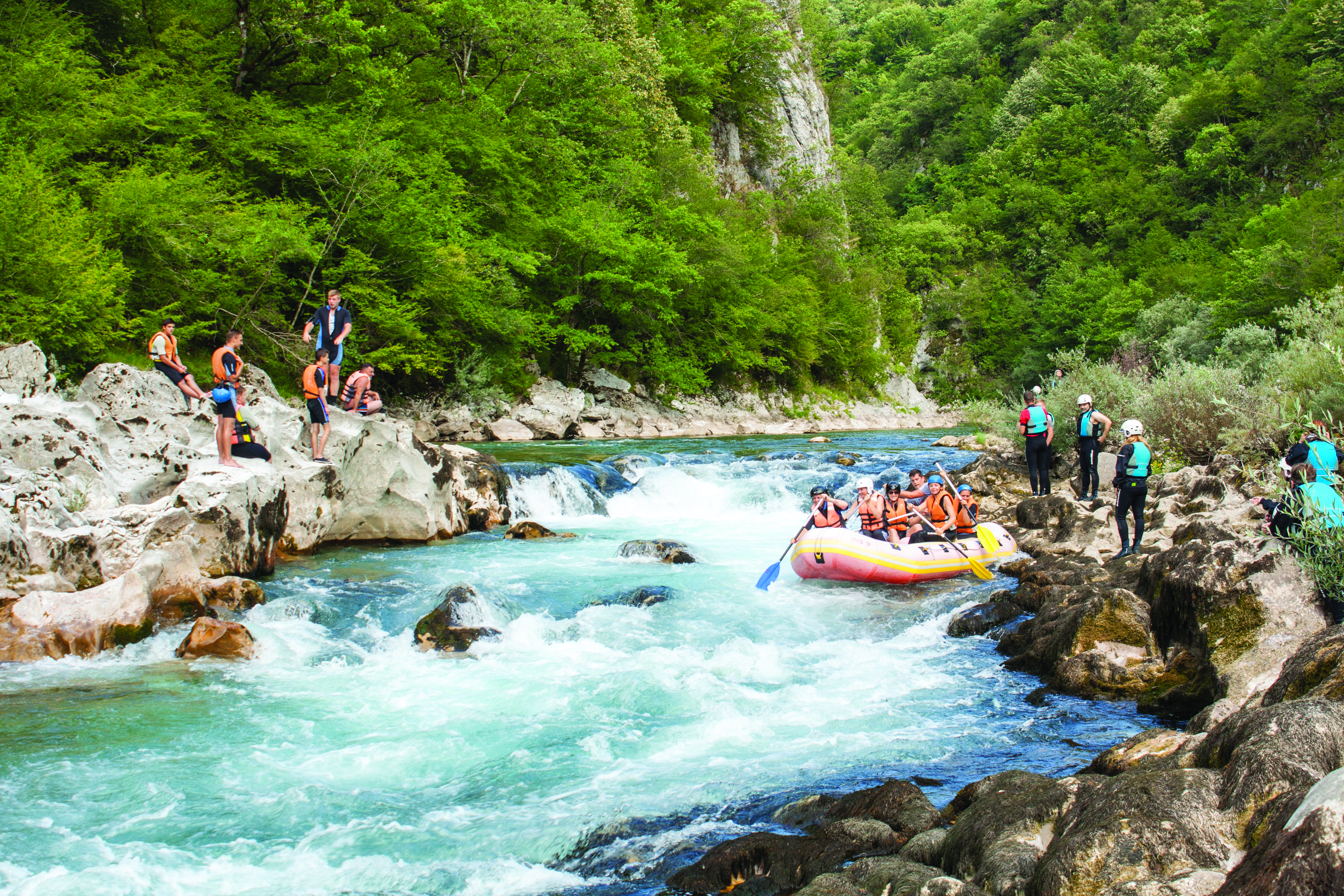 Leave for Trebinje and start a guided city tour. Discover the Herzegovinian monastery of Gracanica, where the poet Dusan Ducic was buried. Also visit the stone bridge of Arlagicadu dating from the 16th century and the church of Gracanica which has a gallery of gold-plated icons. You will visit Etno House in the Herzegovina Museum, the old town surrounded by defensive walls and cannons in an oriental architectural style, gardens and squares, and the 18th century Osman Pasha Mosque. 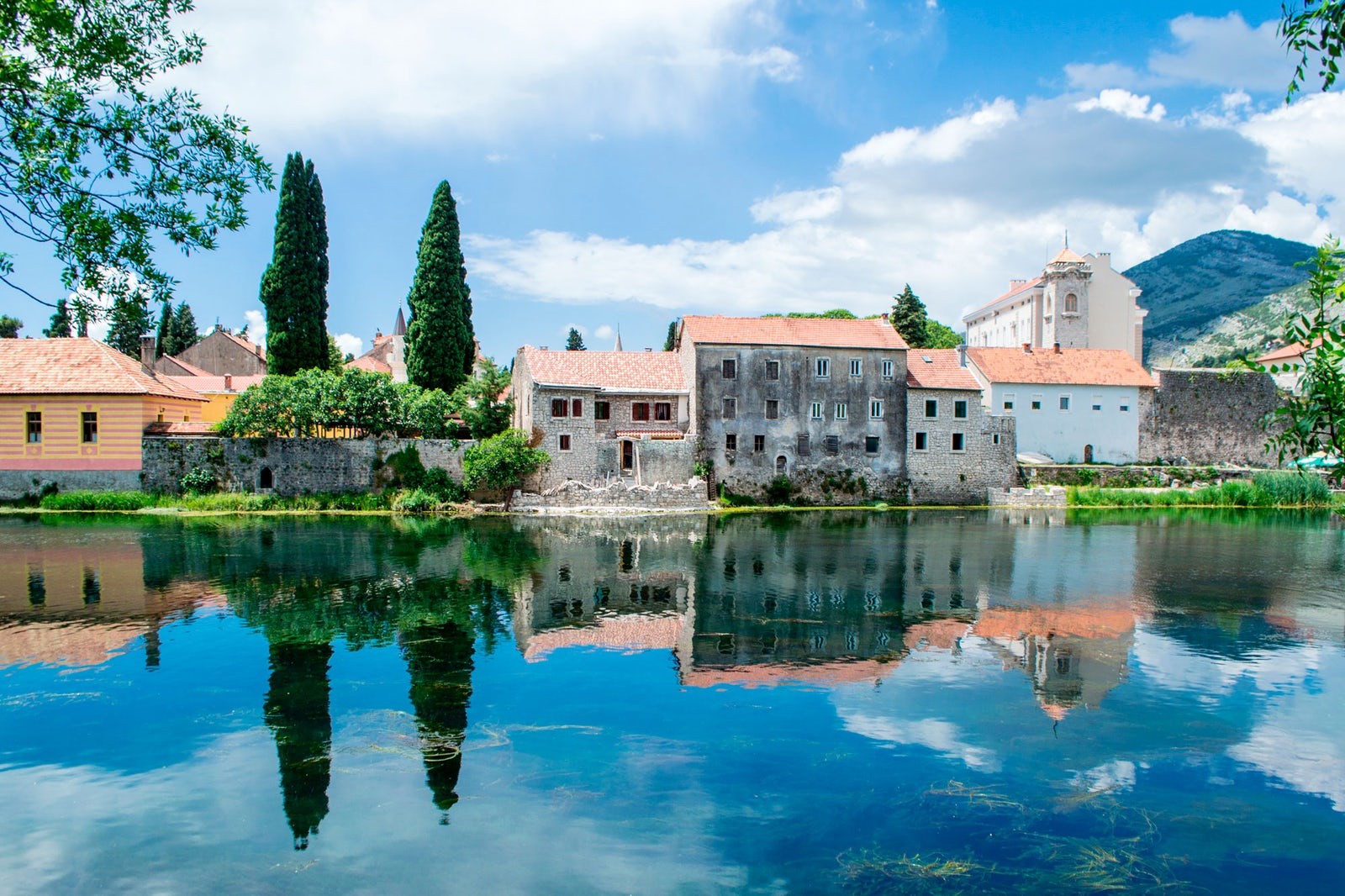 Breakfast and free time until your transfer to the airport for your return flight.

Most tourists come here to see the traces of this war. But, once there, it is something else that you discover: the wilderness, the Olympic ski resorts around Sarajevo, the Mediterranean climate of Herzegovina, the rivers to be covered by rafting.

THE PRICE DOES NOT INCLUDE