Arrival at Skopje airport, meet your english speaking guide and then head to the Northern Macedonia Capital. Dinner and overnight in Skopje.

Lunch at Château Kamnik ,. Visit the cellars of this vineyard located around Skopje and have a wine tasting. Château Kamnik is the most awarded vineyard in the country. Discover very beautiful bottles made from a beautiful range of grape varieties.

After breakfast, then join the Matka Canyon, a must in Macedonia. Embark on a boat to explore the Vrelo Caves, which are considered among the deepest underwater caves in the world 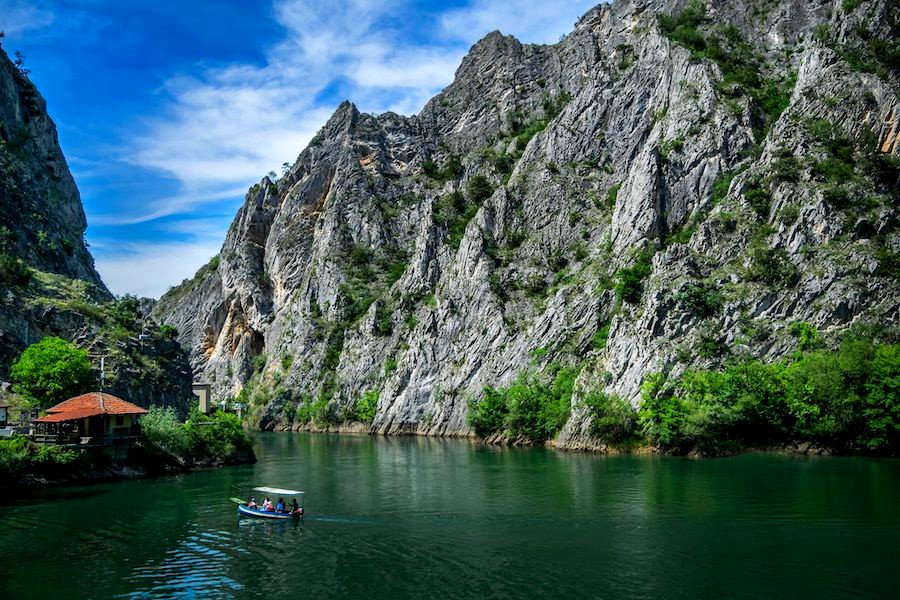 After breakfast, head towards the magnificent Osogovo Monastery, which is 825 meters above sea level and only 10 kilometers from the Bulgarian border..

Leave for lunch in Kratovo, Known for its Ottoman bridges, medieval towers and 19th century houses, Kratovo is a pretty little village perched on the western hills of the Osogovo mountains, on an extinct volcano crater, at an altitude 600 m.

Continue your road to reach the Popova Kula vineyard. You will discover the wine culture of a small Macedonian vineyard located on the heights of a hill and offering a magnificent panoramic view of the region. Drop off your luggage in the hotel.

Visit the vineyard which is the only producer in the world to produce wine from Stanushina, a unique Macedonian grape variety. and discover the production of traditional Macedonian wines.

Dinner in the vineyard with tasting of several local wines during the meal. Overnight in Popova Kula. Popova Kula Hotel 3 * 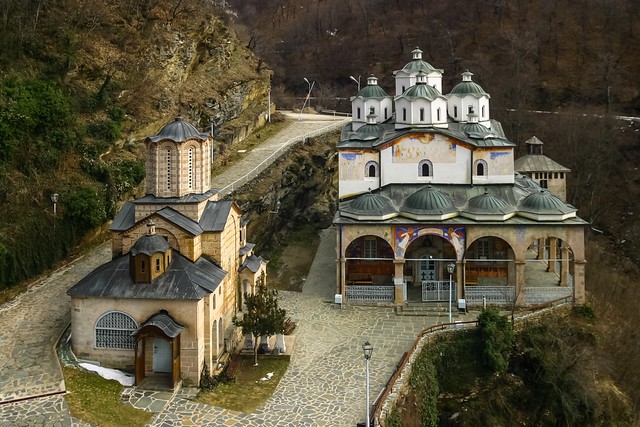 After breakfast, join Stobi, the largest archaeological site in Macedonia. Discover the ruins of an ancient city established in the 4th century BC. AD and learn more about the history of the Romans in the ancient territory of Macedonia.

Visit the Stobi cellar, taste the best wines and aperitifs, including an assortment of traditional cheeses and smoked meat. 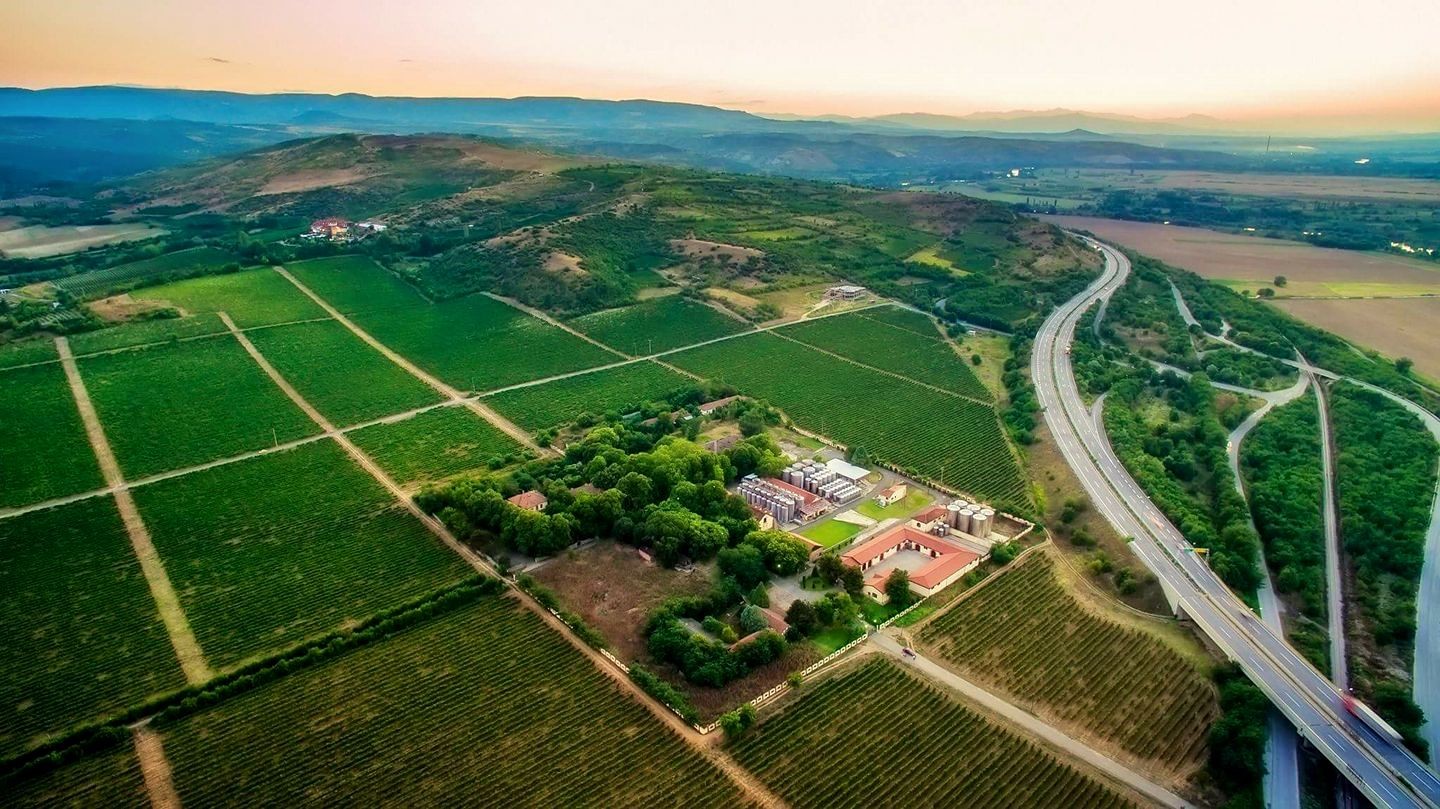 After breakfast, Visit the Tikves vineyard and discover the production of traditional Macedonian wines.

You will go to visit the French military cemetery of Bitola where more than 13,000 French soldiers who fell during the First World War are buried.

Then visit Heraclea Lyncestis, located 2 km from Bitola and discover the remains of this ancient city of the Kingdom of Macedonia whose foundations date back to the 4th century BC.

Go to Bitola, the second largest city in northern Macedonia. Guided tour of the city of consuls. You will discover a city with Mediterranean lures with its churches, its mosques, its old Ottoman bazaar and its beautiful neoclassical houses.

Dinner and overnight at Bitola 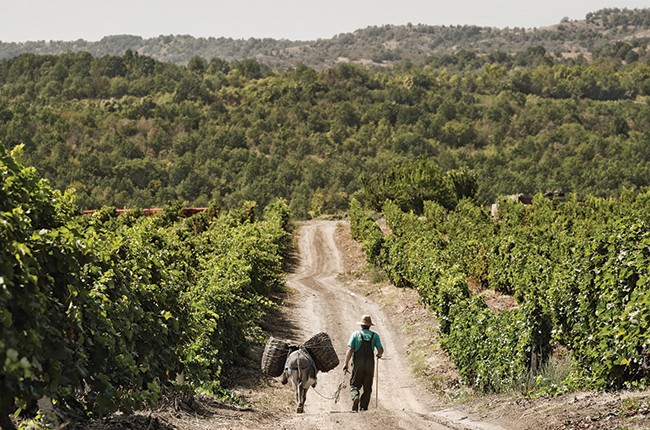 After breakfast, set off to explore the wonders of Lake Ohrid.

Visit the Saint Naum Monastery. In the midst of lush greenery, built in the 10th century, the monastery is a haven of tranquility on the border between Albania and Macedonia. Lunch at Saint Naum.

Short photo stop at "Bay of bones", authentic reconstruction of part of a colony, dating from 1200 to 700 BC. J.-C

Then take the road towards Ohrid, the cradle of Orthodoxy. City listed as World Heritage by UNESCO and sublime city by the lake which, for many, represents the culmination of the Macedonian experience, a Kingdom of light and water and a reference to the ancient ruins of the traditional kingdom of Macedonia. Discover its historic heritage, well preserved like the Church of St Jovan or the ancient theater dating from the Roman Empire. 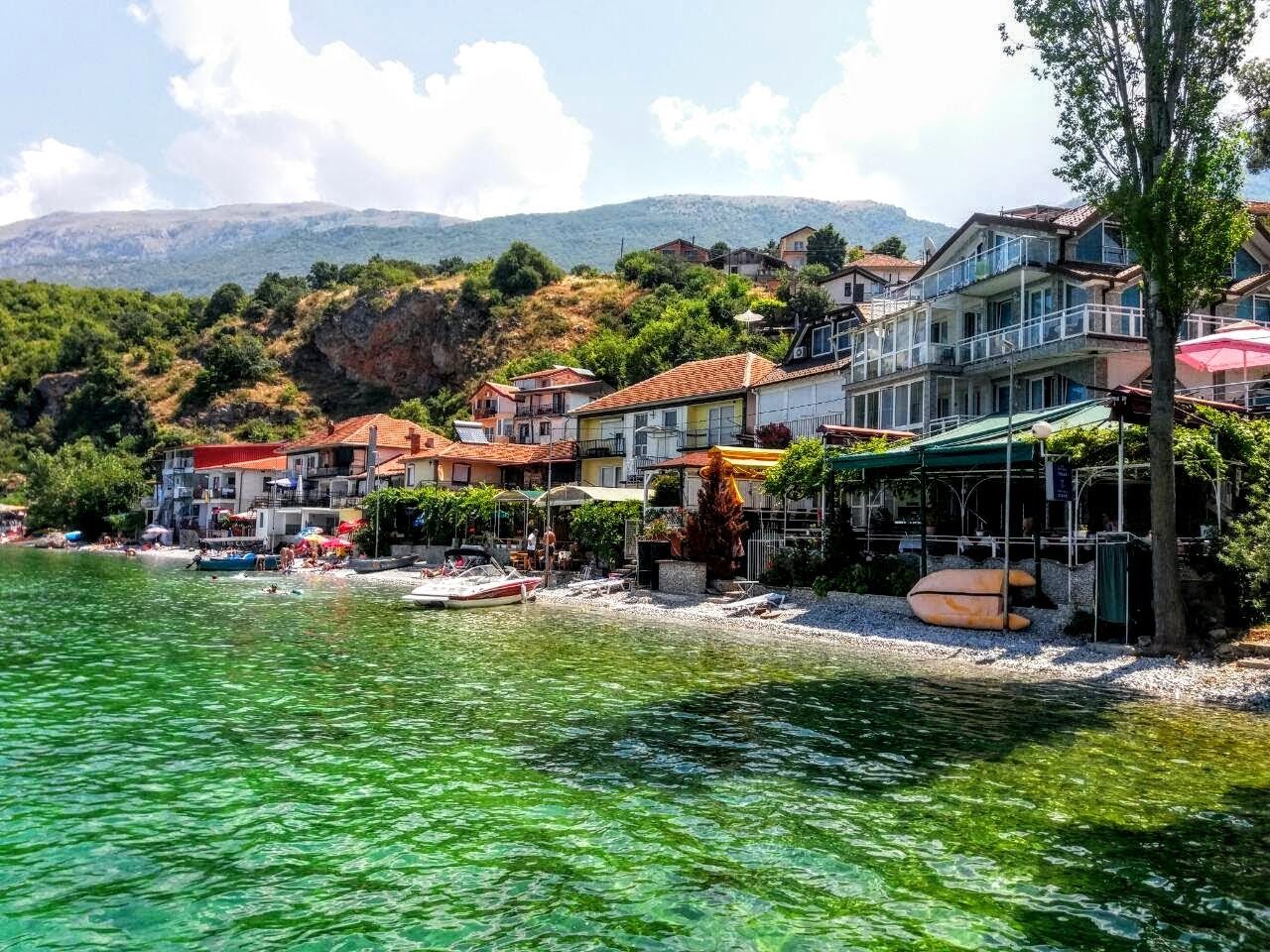 After lunch, head towards Mavrovo National Park, you can enjoy sumptuous landscapes like Lake Mavroro and the canyon of Radika. You will stop at the Monastery of Saint Jovan Bigorski, located on the heights of the canyon, which represents one of the most beautiful monasteries in Macedonia

On the road to Skopje you will make a stop at Tetovo to discover its painted Mosque of Sarena Dzamija dating from the 15th century. Painted inside and out, it represents one of the most beautiful mosques in Macedonia

Start the guided tour of a city devastated by an earthquake in 1963 that has been able to completely rebuild and offer a unique experience. You will appreciate a city separated between two cultures and two different lifestyles between Macedonian and Macedonian Albanians.

Stroll through its new city center to discover its famous fortress "Tvrdina Kale" and its stone bridge "Kameni Most" which divides the city into two parts with the old Ottoman bazaar "Čaršija". Dinner and overnight in Skopje. Bushi Resort & Spa 4».

After breakfast, free time until your transfer to Skopje airport for your return flight.

Its landscapes and wild nature where hikers and outdoor enthusiasts find something to satisfy their passion, among the mountains, the many lakes, rivers and forests.

Airport - city - airport transfers - All transports mentioned in the program with driver - The english tour guide - Overnight stays in 3 * hotels (local standards subject to availability - Full board breakfast from day 1 to breakfast day 8 - The entries in the monuments - All activities mentioned in the program - Boat trip to discover the Vrelo caves at Matka Canyon - Boat trip on Lake Ohrid - Wine tastings at the Popova Kula, Tivkes, Queen Maria, Stobi and Château Kamnik vineyards